Traveller Storyteller had been already spinning around -although very timidly- for about a year when a pandemic happened.

Physically restrained she soon realised that the untamed curse could have a bright side too. In fact, she was able to travel even further then she thought she could, thanks to her new acquaintance Zoom and the old one Zap (how their Brazilian friend called it).

In the same day, she went from remote areas in the Amazonas to the metropolis of São Paulo and back to the warm and windy coast of the Ceará.

But she went even further, visited indigenous communities of the proud valleys of Chile and went to the altitudes of north Peru; but she was also invited to meet local families in the Maldivian islands that now she can afford to visit.

In those sad and weird months, she also went back in time and started StoryTravelling, re-visiting places and communities she had almost forgotten, a pause and a Zoom-In in the memories and she shared those warm memories with many strangers, which enjoyed listening.

She discovered a colourful social project in a corner of the city she inhabited for years. Her first step there was a virtual one, but not less powerful was the bond that she made with its founder and now new friend and collaborator.

She supported and got involved with an emerging network of exchange where money is regarded in a lower rank than solidarity, cooperation, and ethics.

She launched a campaign to carry on what she was doing earlier but less shily and give visibility to people and places to connect and reconnect with the human part of her industry, often left outside the picture.

She became conscious and started screaming out about the importance of the Preparation thanks to the light shone from new transformational allies.

She experienced the full power and potential of Storytelling and the responsibility to be a Community Storyteller.

Funnily enough, though, she waited until the 31st December of that unprecedented year to tell her own story to the world. 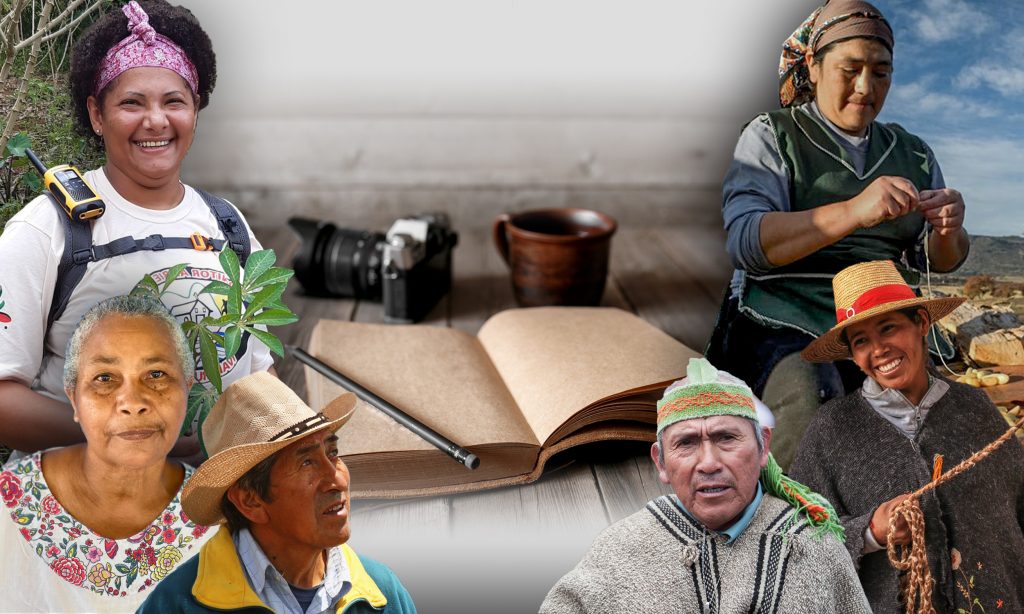 Why a Spinning Top?

Traveller Storyteller is a spinning top and has chosen to move constantly around the world, gathering hidden and unheard voices while visiting invisible communities – urban, rural, modern, and traditional.

Movement has allowed her to hear more stories, amplifying the diversity of narrativeS present on Earth.
At the same time, an apparent stillness is required.
While travelling, a Zoom-In moment is needed to be able to focus on the uniqueness of the place and the people who inhabit it. 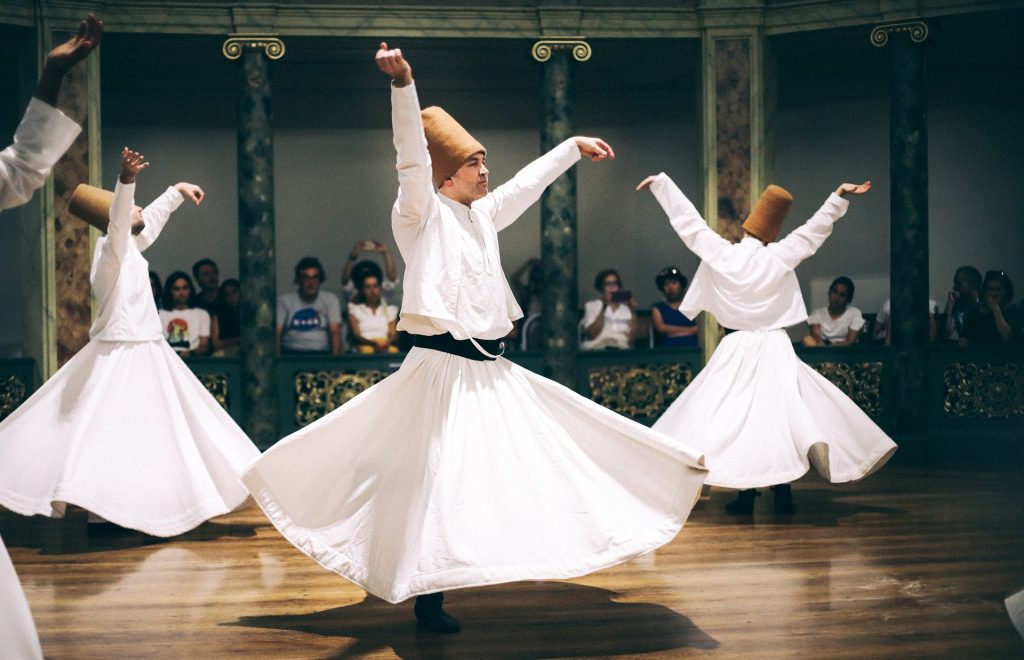 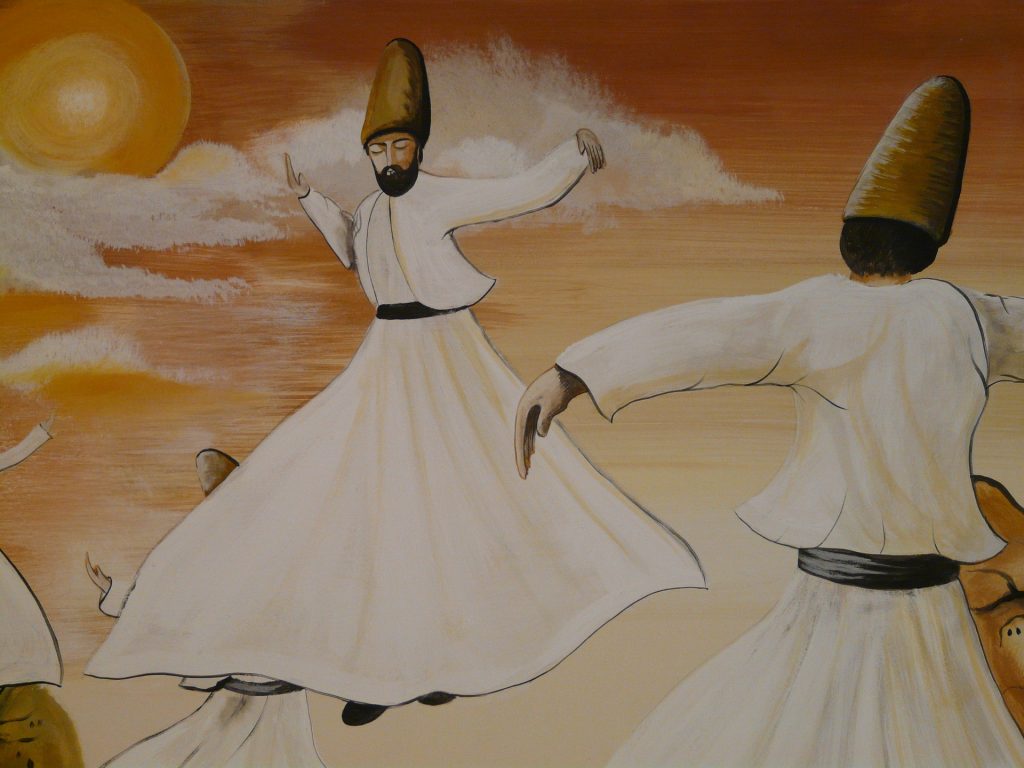 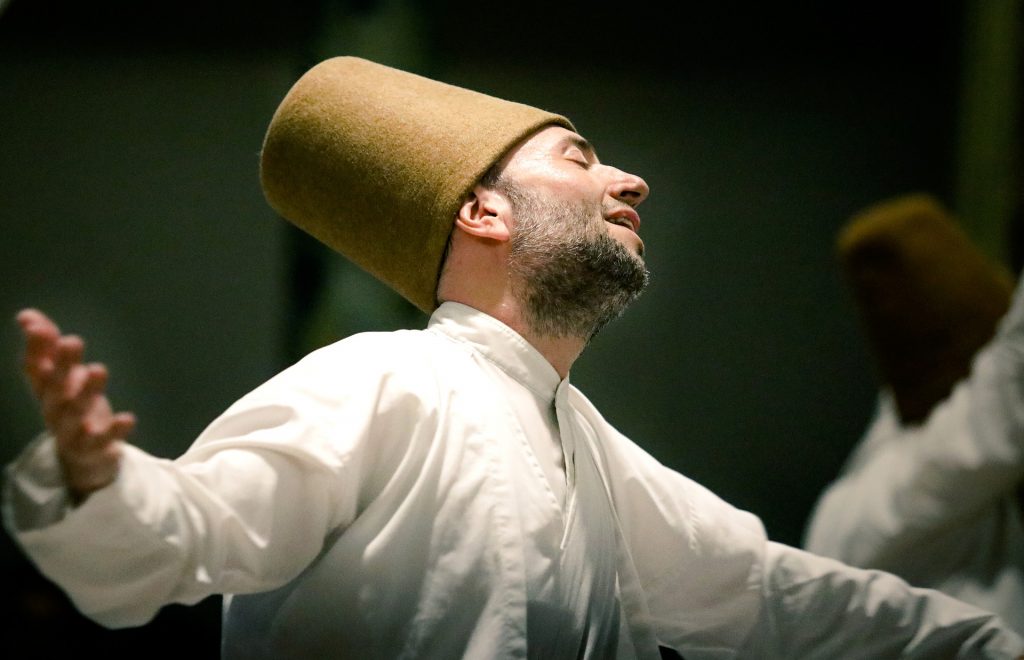 Like a Whirling Dervish that in the moment of maximum spinning looks like is perfectly still, Traveller Storyteller also embraces the mysterious beauty of the flow each time she Zooms-in and tells a new story, while she is travelling around looking for more stories to tell.

While everything around is spinning crazily the Dervish reaches the deepest moment of meditation, a state of trance; in the same way, the community, who carries on its daily activities, unconcerned of the craziness of the world around, rediscovers itself in a detail of its history, of its culture, or of its magic and symbiotic relationship with the natural environment.

This is the power of a story for a community.

For the reader – now transformed into a virtual tourist- the need is to stay still and listen to those untold stories.
Zoom-in on a detail to understand the whole. Connecting with a community to re-discover oneself.

This is the power of a story for the future visitor.