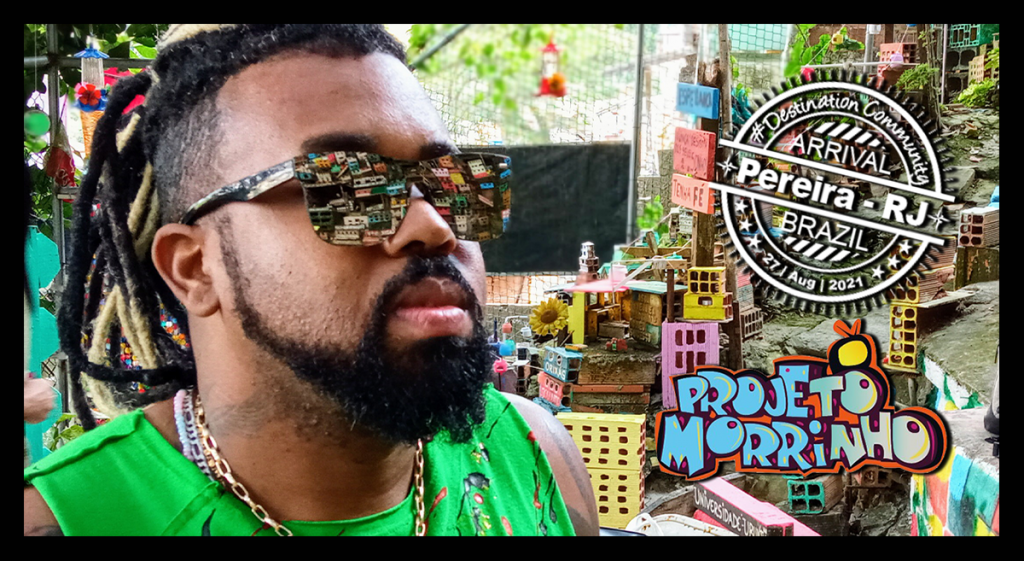 I went to meet the founder and director of the Morrinho Project and I found a philosopher.

Someone who cares deeply for the individuals that live in his community, and even though he maintains a critical view of the world and of society, he has chosen to remain positive and creative.

Paraphrasing his words, if someone throws a rock at you, you can pick up that rock and throw it back to whoever wanted to hit you, or you can use it to create a castle!

And this creative and constructive attitude guides all his interventions.

“The pandemic has arrived,” he affirms with strong conviction, “as an opportunity to re-educate us.”

Everything is an opportunity to learn. This disposition does not come from his own fairy-tale world. Actually, he lives in the middle of conflicts of various kinds that make him a “constant warrior”, but one with a dignified smile, a tested inner strength, and an inexhaustibly positive mindset.

His dream of unity for the communities who are neighbours to the Pereira da Silva gained strength during the pandemic.

A mixed group of roughly one hundred people, representing the different slums of the area, collectively managed the donations that benefitted almost 4,000 households. And although that was not a great number – given that each community’s population is between five and nine thousand individuals – nevertheless, those who were reached were the most in need from among the total. Solidarity and humanity overcame the divisions.

Cirlan believes that there are already too many forces that tend to divide them and turn them against one another – like the drug trafficking factions – or against the outsiders, sometimes: like the racism and the prejudice that they feel is attached automatically to them, and they carry like the burden of an unwanted present given by a close relative.

Cirlan Souza de Oliveira was born in the north-eastern region of Rio de Janeiro State and moved to the city of Rio de Janeiro and to the Pereira community in 1996, when he was fourteen.
After only one year he started to make his mark – of change and innovation. Unhappy with the limited options left to the local children like him, he began to build a reproduction of his favela in the backyard of his own house, using all the materials he and his brother could find around. A children’s game that became the globally recognised installation and touristic attraction that it is today.

Although extremely proud of his achievement, Cirlan does not sit on the laurels of his fame. He cannot sit still for too long, being the artist and the volcano of ideas that he is. Among other projects he is also the founder of a local fashion brand and the author of various programmes and workshops for children. And he loves getting his hands dirty to design and colour the next brick to add to the artwork, as much as he loves trying new outfits and accessories.

The space of the Morrinho Project – now legally an NGO – flourishes with social projects, strategic actions, and cultural programmes that are full of life and great intentions, and it is supported by a strong network of partners that grows steadily across the marvellous city as well as the whole country and even abroad. Their energies and their will power are their main asset, and they are always directed inward as a relentless and positive social force that aims to entertain, protect and nurture their community and empower their youth, by providing the opportunity to imagine alternative views for the future of their castles.

Because the force that is coming from Cirlan and the Morrinho family does not aim to convince you that on the little hill (‘morrinho’ in Portuguese) live good people; the force that they keep generating with their conscious actions – through tourism as well as the other social projects – will simply pounce on you and leave its mark – i.e. the proof – on your (smiling) face. 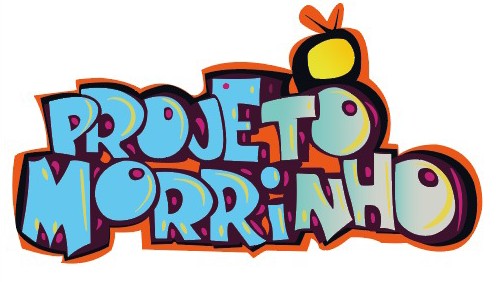