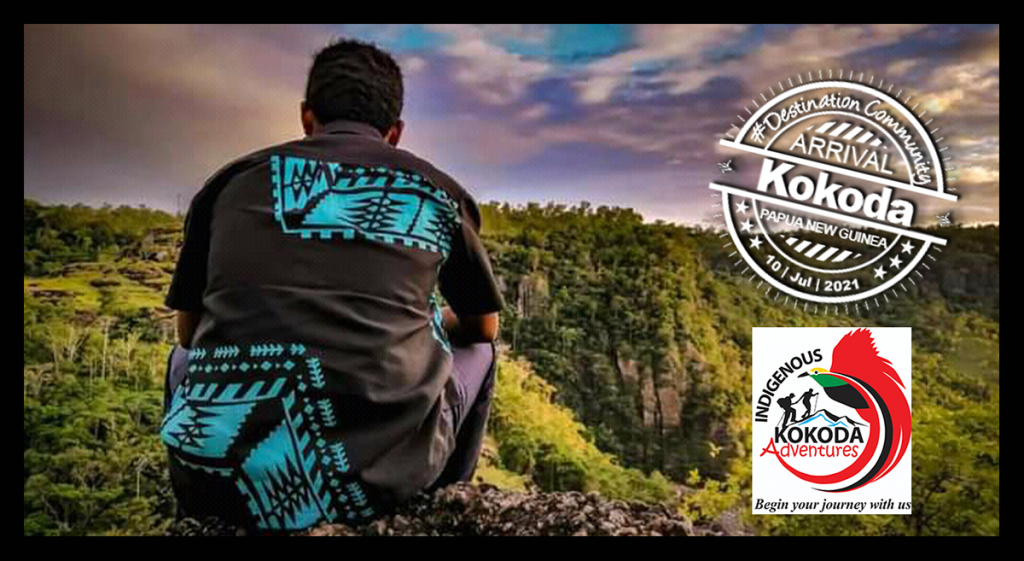 Jesse was born in Naduri, in the southern province of Papua New Guinea, along the Kokoda track.

Many of the vivid childhood memories that he treasures took place on the coffee farm his parents owned, as well as while involved in gardening activities among the passion fruits, tomatoes, taros – the vegetable root well known in South Pacific islands – and the kaukaus, a long variety of sweet potato that can be found, like turmeric, growing wildly and abundantly along the famous track.
He jealously preserves joyful remembrances of the days he spent fishing with his three brothers, waiting for those few unlucky ‘special fishes’, which, taken by the rush of the water, were surprised, disorientated and became stuck on the rocks, while swimming at full speed down the river.

When he was young Jesse moved away from his village to complete his college studies, but he never missed his place of birth, because he never really left it. Even today he travels back there every weekend from the town where he lives with his own family, recently enlarged by the birth of his now 18-month-old boy, Rob.

Jesse worked in the tourism industry for a few years – long enough for him to realise that the tourism whose growth he wanted to contribute towards was of a different kind – and then he left.

Jesse has been cultivating a dream for the Kokoda trail. He wants to see the communities become involved in tourism activities that go beyond the roles of porters or accidental vendors.

In his dream, ten of the communities that live directly on the track receive tourists in homestay accommodation, and share the locally and organically grown vegetables in welcoming meals they cook for the visitors, who reach the end of each day of the long trekking trip physically exhausted by the challenges faced during the walk in the tropical forest. The dream pictures tourists who, having been pushed to their limits throughout the day in an unfamiliar environment, will be rewarded, not only by the joy of the stunning views, the magical sunsets, and the refined air of the 2,490 metres of altitude, but also by the warm human encounters with the people of the region, their stories and their smiles.

Jesse wants to help his former neighbours and friends to benefit directly from tourism, introducing new sustainable and responsible options that can break a thirty-year-old pattern of disconnecting habits. He wants to facilitate the creation of new memories for the community members, so that what they associate with tourism will become more than a long line of pale-skinned visitors, packed with gear and motivation, moving at a constant pace in the distance, and disappearing in the heat of the humid green landscape without a word being exchanged.

In order to change some of the unhealthy practices he had witnessed, in 2018 Jesse established Indigenous Kokoda Adventures (IKA), the first Community-Based Tourism agency that has ever existed on the Kokoda track.

If the pandemic halted the first trip, which had been planned for 2020, Jesse’s project did not stop, and, unexpectedly, the unfortunate global crisis has actually provided the opportunity for a few new local projects to flourish.

In fact, to challenge the evident dependence on tourism, over the past year Jesse has started producing coffee, the same coffee that he used to harvest with his parents when he was young and whose production had been forgotten and abandoned by the locals, distracted by the shining lights of tourism, three decades earlier. Today, together with other families from the local communities, production has restarted, and, with some luck and a lot of external support, mills will soon be installed in the region, to finally give the residents complete control over the entire process.

If you are in Canada, you are one of those lucky enough to already be able to taste locally produced Kokoda Luti coffee (see link below for more information).
From the citizens of other countries, Jesse is asking for a bit more patience, while he works hard to expand the market, together with the national government and ministers.

A truly kind and modest man, Jesse greets me from my computer screen with his multilayered story of hope, and of constant and solid groundwork.
To discover all the inspiring details of the social projects that orbit around IKA, such as the Foundation and Vanilla projects, you should get your gear and descend the trail, getting ready to ascend the next hill and savour the glorious scenery.

Jesse invites us to experiment with a renewed Kokoda trail, and to join his dream that will grant you connection and interaction with the locals and their daily life, and, at the same time, will transform your trip into a practical tool that contributes directly to an inclusive form of social and economic development for the local communities, as well as to an important aspect of biodiversity regeneration.

About the Coffee Project: www.adventuretravelnews.com/the-indigenous-kokoda-coffee-initiative-an-inspirational-business-pivot-that-benefits-local-indigenous-community 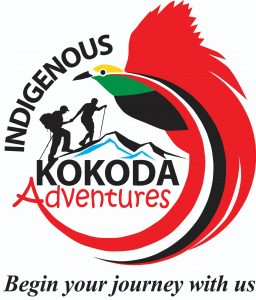