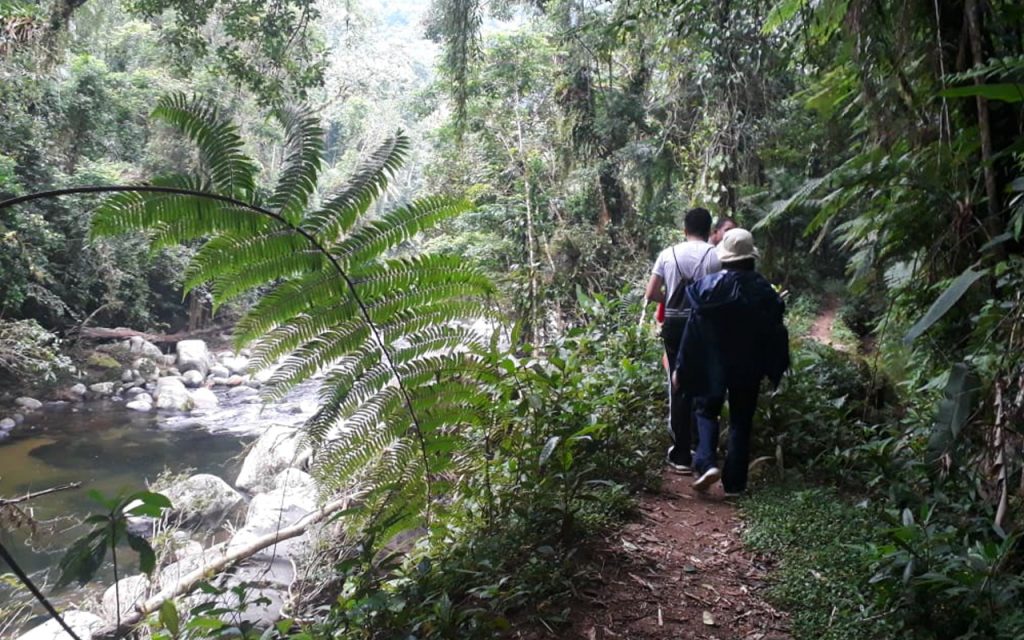 Today I want to Story Travelling to the 29th of May 2019, when the marketing campaign Community-Based Tourism in Brazil was launched.

I wish this could have been a national campaign led by the Minister of Tourism, but it was not, and not because of the lack of professionalism or creativity. In fact, this was a remarkable final work of a motivated and inspired group of students of the prestigious School of Economics of FGV-São Paulo.

To mark the completion of the Integrated Training for Sustainability Programme, (FIS in Portuguese) the students spent three months studying, discussing and learning about Sustainable Tourism. They met experts and professionals specialised in Ecotourism and Community-Based Tourism (CBT). However, the most unexpected lesson came from the encounter with some traditional communities. 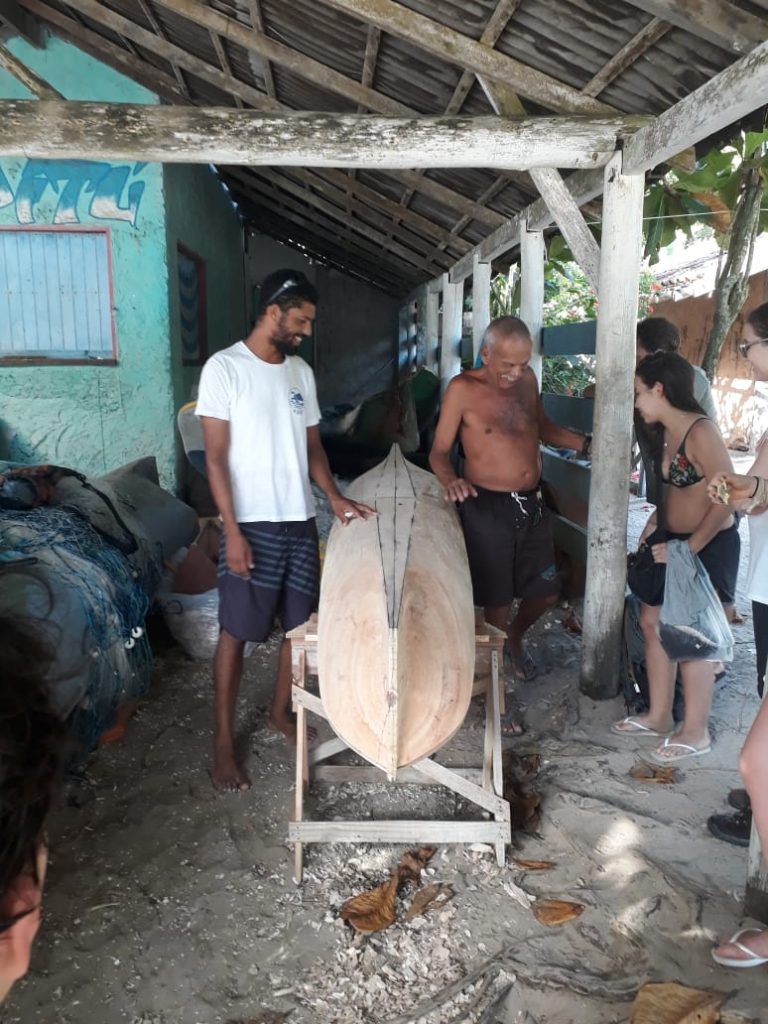 Araribá Tourism and Culture DMC was the operational arm of the programme, thanks to the long-time relationships established with the indigenous, quilombolas and caiçaras communities of the region.

Araribá proudly introduced the 18 students to some of the most relevant CBT projects spread across the region that links the two Federal States of Rio de Janeiro and São Paulo in Brazil.

The students’ feet had to walk through the Atlantic forest and touch the oceanic waters to meet the traditional caiçaras communities of Trindade in Paraty (RJ), Picinguaba caiçara community and the Quilombo da Fazenda, in Ubatuba (SP). The visitors also ventured in the far southern region of the metropolis of São Paulo, to discover the urban CBT experience of Parelheiros,

I find impressive – but not really surprising- that a group of upper-class students that have never had a CBT experience in their life until that point have been able to create one of the most wholehearted, powerful and genuine CBT national marketing campaign ever seen in Brazil. 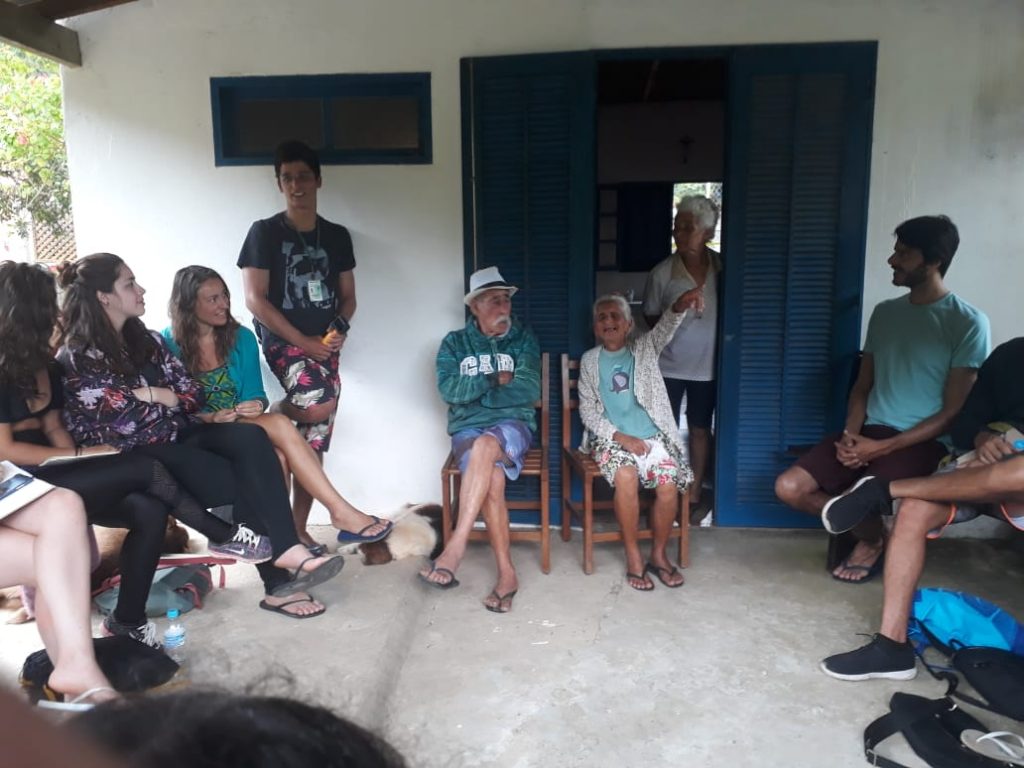 The aim of the campaign was to

“give visibility to Community-Based Tourism (CBT) in Brazil to inspire behaviours and good practices and transform the experience of the actors involved” (author’s italics).

The campaign has a holistic approach, and it speaks to the average tourists, who aim to both inform and educate about CBT; but it speaks as well as to tour operators and national travel agencies providing them with free marketing tools, such as posters and destination descriptions. The campaign reaches out even to the government.

When talking to the Brazilian public sphere, the report the students have prepared goes beyond merely providing facts and information. Through the report, they create a chance to advise the government to seriously consider the CBT as a valid tool to be implemented and supported. They have uncovered the CBT and its value and they want to spread their realisation. They have listened closely to the voices of the invisible communities and became those voices.
The students asked their government to considered CBT “as a policy of local development to strengthen marginalised and socially excluded identities” (“Turismo de Base Comunitária” Report, De Mala e Cuia – FIS – FGVces – EAESP – FGV).

Amongst the material created and made available there are also many items designed to be used by the communities themselves, mainly for self-promotion purposes. Recognising and reinforcing the role of protagonist of the communities, the posters, leaflets, and banners would support the independence of their marketing activities.

The word that reverberates over and over through the whole campaign is without a doubt the word “Exchange” (troca in Portuguese).
According to the campaign, CBT is a constant exchange of knowledge between cultures -the modern and the traditional ones. Ultimately, though, I would say that it is an exchange between people with different stories and backgrounds.

The students have met the voices of the Quilombolas, the indigenous and the caiçaras communities of the region, but, in a much impactful way, they have met themselves -socially privileged students of a renowned University- with their preconceptions, their conditioning and their judgments.
And they were ready to question them.

The campaign also talks about the exchange with nature.
Nature -as well as Culture- is at the centre of the Brazilian CBT identity and of the community life. 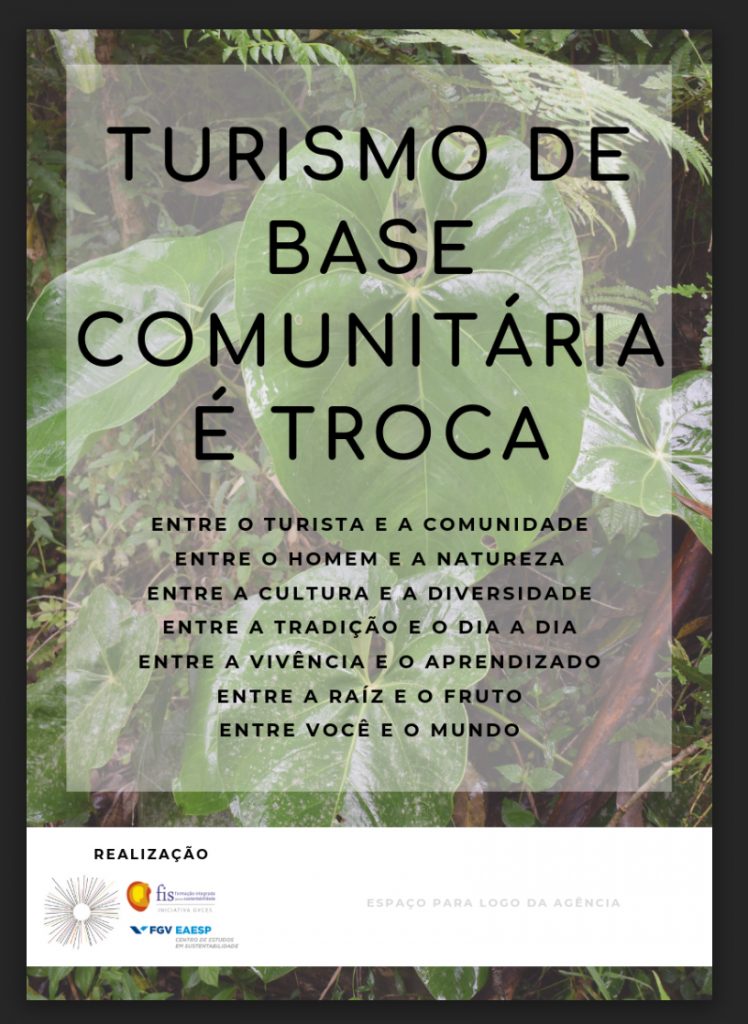 Through the calm and smooth voice of Robson, a local leadership from Trinidade community, they learnt that “the sea, the wind, everything talks to you”.
If you only tune in and pay attention to it, nature’s voices will be revealed. This is the relation of the community with nature, but tourism does not always follow the same pattern.
Robson informed them that most of the tourists that visit those pristine and solitary beaches act like they are trapped in a special kind of bubble. The unconscious tourists cover the voices of nature with the loud sounds coming out of their stereo, leaving litter and depredation behind. Ignoring, not only nature but also the people that live there. In fact, not many tourists – Robson reinforces- know of the existence of the nearby Quilombo.

The exchange is an invitation to burst that bubble in which we live, and which we carry often on holiday too.

The campaign uses the word “transformation” referring it to the awareness of the tourists in relation to the impact they generate on a place.

But it also refers to a more spiritual and internal journey that every one of the eighteen students seams to have gone through because of the first-hand experience they had.

“CBT is culture, is a learning process, it is history. It is to immerse yourself in another culture and discover new values. It is to get to know yourself through the other” Mitzie Hirakawa

An anthropological journey that they have taken to discover simple and deep truths.

“CBT is connection with people and places” Pedro Wysling

To discover other dimensions. 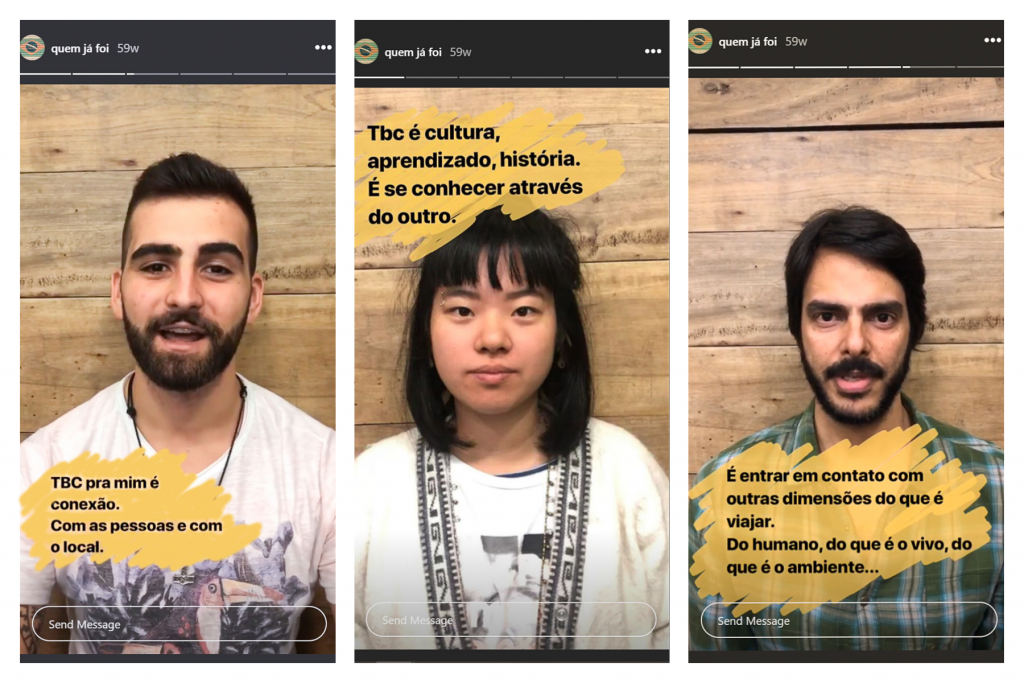 They have entered the communities like blank pages, knowing nothing about CBT and they left having a deep and multifaceted definition of it.

Following their example, the campaign moves us to let go of our preconceptions, take our blank canvas and allow the colours of culture and nature, but especially of the people, to leave their mark on it and spread its beauty in us.

“How can I blanken my canvas?” some curious tourist might ask.

There is not easier thing: it only takes few elements and actions:

Intention & Time
Emptying & Opening the mind
And an infinite Curiosity

I wonder how our tourism would look like if we could keep these attitudes every time we travel.

I am sure that we will not be willing to live and act like a local, but rather be with a local. 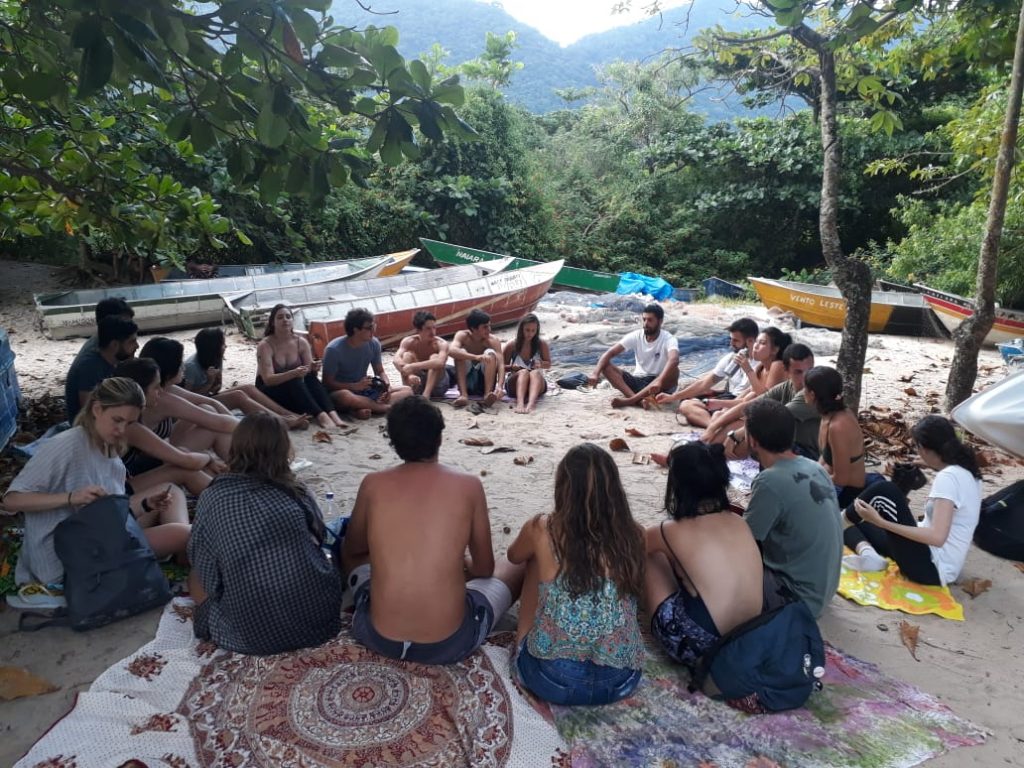 If you want to read more stories of encounters, check our Blog.

If you want to collaborate with us, please get in touch.